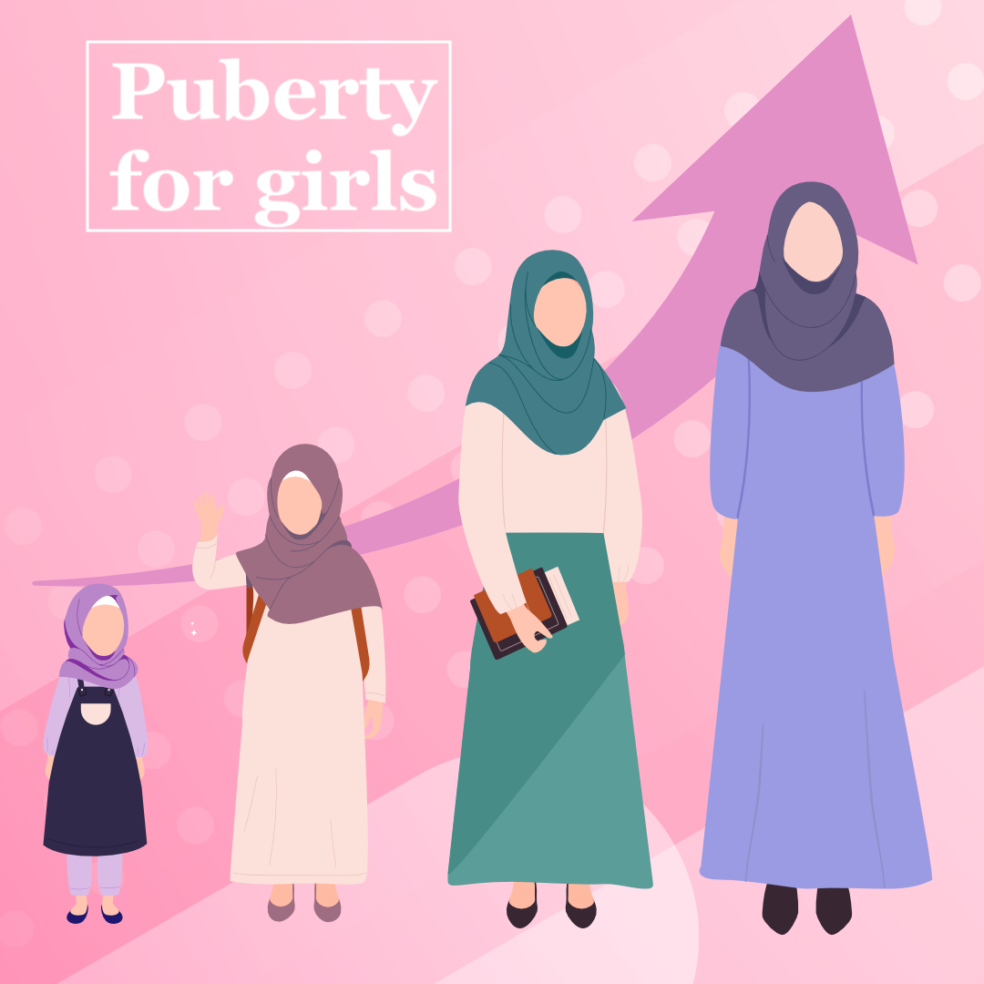 And when the children among you have attained to puberty, let them seek permission as those before them sought permission; thus does Allah make clear to you His communications, and Allah is knowing, Wise.

The process of physical changes by which a child's body matures into an adult body capable of getting married, being responsible and taking on adult roles and responsibilities. It is initiated by hormonal signals from the brain to the gonads; the ovaries in a girl, the testes in a boy. In response to the signals, the gonads produce hormones that stimulate an interest in the opposite gender and the growth, function, and transformation of the brain, bones, muscle, blood, skin, hair and other important organs responsible for family relationships.

Physical growth—height and weight—accelerates in the first half of puberty and is completed when the child has developed an adult body.

The Signs of Puberty are Three:

3.  The coming of a woman monthly cycle once she is 9 year old or older.

Here's a quick look at how it works. Usually after a girl's 8th birthday or after a boy turns 9 or 10, puberty begins when an area of the brain called the hypothalamus starts to release gonadotropin-releasing hormone (GnRH). When GnRH travels to the pituitary gland (a small gland under the brain that produces hormones that control other glands throughout the body), it releases two more puberty hormones — luteinising hormone (LH) and follicle-stimulating hormone (FSH).

What happens next depends on gender:

At about the same time, the adrenal glands of both boys and girls begin to produce a group of hormones called adrenal androgens. These hormones stimulate the growth of pubic and underarm hair in both sexes. Estrogen in a female and Testosterone in a male.

What does reaching puberty mean spiritually?

It means that you are legally responsible for everything you say and do, the good and the bad. Allah places two angels on your shoulders, Raqib and `Atid, who follow you everywhere you go, writing down everything you do. Allah Ta`ala says,

Two recording (angels), at right and at left, are constantly recording. Not a word does he utter but there is a sentinel by him, ready (to note it).

The Cleanliness of the Body: It is sunnah

Importance of using the toilet properly.

1. The ʿawrah of a woman generally is the whole body.

Abu Mas`ud Al-Ansari (May Allah be pleased with him) said: The Prophet (PBUH) said, "One of the admonitions of the previous Prophets which has been conveyed to people is that if you have no modesty, you can do whatever you like.'' [Al-Bukhari].

Ayahs and Ahadiths On Gender Relations:

Allah Most High says: “And they (i.e. the servants of Allah) do not commit zina (fornication)- And whoever does this shall meet a full penalty. The torment will be doubled to him on the Day of Resurrection, and he will abide therein in disgrace.”

Allah Most High says: ‘And We sent Lot as a Messenger: Remember that he said to his people, "Have you become so shameless that you commit such indecent acts as no one has committed before you in the world? You gratify your lust with men instead of women: indeed you are a people who transgress the limits!" . . . And We rained upon his people; then behold what happened in the end to the guilty ones!’

The Messenger of Allah (peace and blessings be upon him) explained: “If one of you were to be stabbed in the head with a piece of iron it would be better for him than if he were to touch a woman whom it is not permissible for him to touch." (Reported by al-Tabaraani; see also Saheeh al-Jaami, 5045).

The saying of `A’ishah, “No, by Allah, the hand of the Messenger of Allah (peace and blessings be upon him) never touched the hand of any woman …”

The Messenger of Allah (peace and blessings be upon him) said, "Whenever a man is alone with a woman the Devil makes a third." (Al-Tirmidhi 3118, Narrated Umar ibn al-Khattab, Tirmidhi transmitted it as authentic)

The Prophet (peace and blessings be upon him) is reported as having said: “And the eyes commit zina (fornication). Their zina is gazing.”

He (peace and blessings be upon him) commanded Ali said: “Ali! Do not look once after another, for the first look is for you (since it happens accidentally) while the second is against you.”

It was narrated by Jaabir: "The Prophet (peace and blessings be upon him) said: 'There is nothing I fear for my ummah more than the deed of the people of Lot.’” (Tirmidhi 1457)

We also have course on Keen on Deen for pre pubescent and post pubescent girl to learn about the changes their minds will go though, their emotions, physical and religious changes. This course contains over 4 hours of videos, pictures, diagrams, aayaat of the Qur'aan and Hadeeths from the messenger of Allaah.

DON’T MISS OUT!
JOIN OUR MAILING LIST
Be the first to get latest updates, Exclusive content, Free Classes, Events and Resources
Give it a try, you can unsubscribe anytime.

Powered by Convert Plus 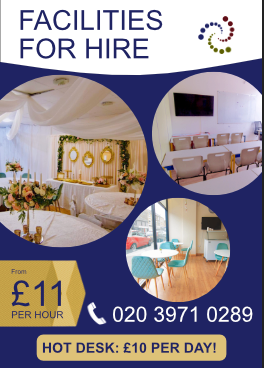 Whether its wedding, workshops, gatherings or mothers & toddlers sessions - We have the facility for you!
We respect your privacy.

Powered by Convert Plus